The world of digital marketing will never stop changing. Once you think you’ve finally conquered the internet and fully understand the search engines – everything changes again.

For example, did you know that 84% of all consumers read an average of 4-6 reviews before trusting a business?

That means 8 out of 10 of your customers are looking at your reviews before deciding if they are going to call you.

Search engines like Google, Yahoo, Bing and Yelp know this, and they have been adapting to these trends by making online reviews and ratings an integral part of the search engine experience.

This, among other reasons, has made this past year in digital marketing an especially exciting one. Oh, and by “exciting,” we mean both thrilling – and absolutely terrifying – for local businesses.

As you know, search engines control the information your prospective customers see. In an attempt to figure out the way search engines organize results, savvy marketers armed with fancy pants and advanced degrees got to work cracking the code to get their businesses to the top of search rankings.

And it worked! For a long time.

But Google and the like aren’t a bunch of dodos who don’t evolve. The algorithms search engines use are constantly changing. Here are a couple of examples:

2014 was the first year that more users accessed the internet from mobile phone instead of desktop. It is clear that search engines are privy to this fact given all of the updates we’ve seen recently. For example, August’s “Mobilegeddon” proved to heavily favor mobile devices. This change made mobile friendly sites float to the top of Google search results, while sites that were not optimized for mobile sank to the bottom of results.

Additionally, top experts suggest the reason Google moved to the “snack pack” was to make search results appear better on mobile. Which makes sense if you think about it – it’s easier to see 3 companies in large letters than seven in tiny font on a mobile device.

These have been mighty changes in how search engines are handling our seeming collective move to mobile. Analysts suggest mobile will only become more important as time moves along and search engines try to keep up and stay relevant.

As previously mentioned when discussing the Pigeon update, some marketers are suggesting that SEO is dead. In fact, we stumbled upon a Moz article last week that pointed out how online reviews matter more than anything else to users, which speaks directly to their importance to the search engines. In sum, the article pointed out how Google now ranks sites that include reviews higher than the actual company websites themselves.

If you don’t have great online reviews – that should freak you out.

What’s more, getting found online is not only about Google search results. As Moz author Ryan Washere notes, “It’s SEO (Search Engine Optimization) not GO (Google Optimization). Yelp is a search engine. Facebook is a search engine.” This means that online reviews on ALL the different review sites and search engines matter, because sometimes your prospective customers skip right over Google and instead go to sites like Yelp or Facebook to find a company like yours. 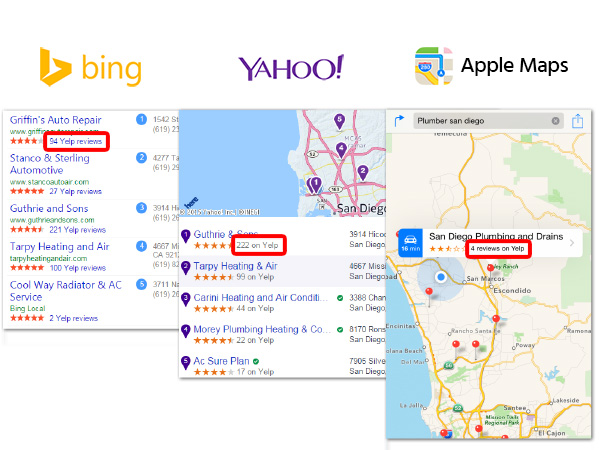 We are seeing that online reviews are one of the biggest factors in the largest changes in the digital marketing game today. For your company to be competitive online, it’s become clear you need to look good across platforms on the internet – not just on your website – and the best way to do that is with 5-star reviews on sites that matter.

You need to do something about your reviews, whether it’s using ReviewBuzz or some other strategy to get great reviews. And you need to do it now, before it’s too late and your competitors get the jump on you.

We’ve been saying it for years – getting 5-star reviews on sites like Yelp, Google and Facebook is a guaranteed way to help your company earn more customers, get repeat business, and build a more profitable company. The reason is customers trust online reviews, and they want to hear what other customers are saying about your company before making the decision to give you a call.

Now when you’re rolling out a review-getting program like ReviewBuzz, a huge step in launching it to any sort of success is showing your team how to ask for those online reviews.

We’re here to show you how.

Asking customers to write a review can feel a little awkward at first.

So we decided to take some of the guesswork out of the asking experience. A few of our not-so-evil ReviewBuzz scientists dove into research, to figure out the most effective “asks” that motivated customers to hop on their computers and say something great about companies online.

By asking our most successful clients what they do, asking review-writers why they wanted to write reviews, and conducting interviews with employees who have more reviews than anyone else, we compiled the best talking points that generated the most review results.

Then, we jumped in front of the camera to show you exactly what to do.

After all, we don’t want to send you out there sounding like a goofball. Although if you do, please do feel free to send us your stories…

Watch the video above of ReviewBuzz staffers acting out the best ways – and worst ways – to get online reviews. You’re in for a treat.